Test is Not a Curse Word

What if we told you it actually helps with learning?

As a recent graduate, I remember all too well the shivers we would get as students when professors muttered the word "test" or "quiz". If you wanted to hear a symphony of groans, add in the word now and a sea of furrowed brows and hand slams would fill the room.

Tests get a bad rap in the academic world nowadays. With test anxiety being shed to light, academia has become aware of the negative effects it can have on students. Some students dislike testing because it makes them question their intelligence with every wrong answer. Others get stage fright, and can't perform under the pressure, time constraint, etc.

Not everyone's IQ is defined by a mere test by any means, and some professors have shied away from administering them. For some students, an examination apocalypse would be a dream, but what if I told you that testing could actually be a good thing?

It's all about the execution.

According to the Scientific American article Researchers Find That Frequent Tests Can Boost Learning through the psychological process of retrieval practice, the repetitious nature of test taking actually aids students in retaining knowledge longer term as opposed to traditional teaching methods (Paul). Retrieval practice, formally known as "the testing effect" argues against the "reading the material and being tested on it later" method, but rather encourages students to learn through frequent state of testing. Now while consistent testing sounds intense, many do not realize the brain empowered blessings this poses. Studies have shown that when testing a student on material even before they have had their lecture can improve knowledge retention rates even beyond the final exam.

LearningCurve and iClicker are excellent examples of just that. LearningCurve allows students to answer multiple choice and short answer questions before the actual lecture, making students read the material and answer basic questions on what they read. To continue the testing repetition, using iClicker's REEF Polling can continue the testing habit in a group setting. If more students get in the habit of answering questions based on the material, when it is time to take the official exam, they are more likely to excel and score higher. 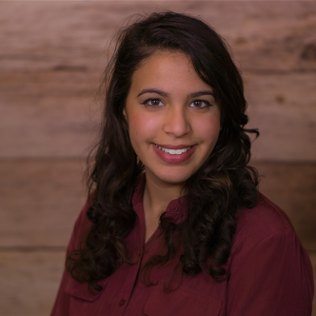 With a BA in Communications and Music and a "Mouseters" in all things Disney, when not writing fabulous articles this native New Yorker is either making up songs in her head about her daily interactions, practicing voice overs for the next hair care commercial, or munching on Doritos she couldn't resist grabbing at her local bodega. The purple bag is hard to resist.

Back to College Quest
We are processing your request. Please wait...